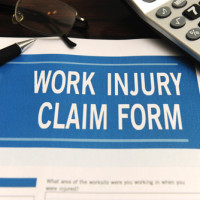 A new law passed in the most recent session of the California legislature will help ensure that California workers’ compensation benefits paid to professional athletes are only paid to athletes who spent a significant portion of their career playing for California teams.

In the past, professional athletes including former Chicago Bears quarterback Jim McMahon, NFL Hall of Famer Deion Sanders and countless other major and minor leaguers have filed workers’ compensation claims in California, despite the fact that they did not play for California teams for most or even any of their professional careers. The reason California is attractive to pro athletes is that unlike many other states, California law recognizes cumulative trauma as a basis for recovery of benefits, and many pro players suffer such injuries, including arthritis and brain injuries, due to a career that involves repetitive traumatic activities. California also has a long statute of limitations to file for benefits; in California, the date of injury for a cumulative injury is the date the disability was first suffered and the person knew or should have known the injury was caused by work, which may be years after the events occurred which led to the injury.

To address this issue, Assembly Bill 1309 by Perea amended section 3600.5 of the California Labor Code by prohibiting professional athletes employed by out-of-state teams from applying for California Workers’ Compensation benefits unless they spent more than 20% of their duty days in the previous year in California. AB 1309 applies to players in major and minor leagues in the sports of baseball, basketball, football, ice hockey and soccer.

AB 1309 also makes it clear that the decision of the Workers’ Compensation Appeals Board (WCAB) in Wesley Carroll v. Cincinnati Bengals is limited to professional athletes. Carroll played a couple of seasons for the New Orleans Saints and the Cincinnati Bengals before filing a claim for workers’ compensation in California based on cumulative injury, despite having played only a handful of games in the state while employed by those out-of-state teams.

AB 1309 passed by huge margins in both houses: 66-3 in the Assembly and 34-2 in the Senate. The new law is effective for all pending claims for benefits filed on or after September 15, 2013.