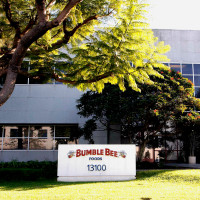 I got the news today of an unfortunate employee of the Bumble Bee Tuna company based in San Diego.

This unfortunate gentleman was cooked to death along with 12,000 pounds of tuna in an industrial oven.

How truly tragic and sad.

I am having a harder and harder time writing about all these tragedies that occur in the workers’ compensation community, but I continue to do so in an effort to educate the public regarding their rights and benefits that flow from workers’ compensation injuries, illnesses and even deaths.  Here it seems as though the tuna company should have been well aware that it was possible for a maintenance person to be inside a huge industrial oven.  It seems clear that the tuna company should have known that the possibility of the oven doors closing and starting with a person inside as opposed to tuna was a real and legitimate possibility.  In this instance the tuna company did not provide for such a foreseeable consequence.  Accordingly they have been severely fined for the malfeasance.

This brings to light an interesting point.  That point is that in addition to the death benefits which would otherwise flow to the deceased employee’s family, those benefits will likely be increased because of the employers intentional conduct.  Rather than speculate about what happened, I can only surmise that under workers’ compensation law there would be a serious and willful action which is covered under Labor Code §4553.